Please join us for the second alphaMELTS workshop, introducing alphaMELTS and other MELTS software. This workshop will be three days, to be held July 10th - 12th, 2019, at Caltech, Pasadena, CA.

This is the home page for the two to three day workshops organized by Caltech, and held in Pasadena, CA, and elsewhere; for the five day MELTS / FPMD training schools, most recently the one held on the island of Milos, please see the MELTS / FPMD workshop page; for MELTS short courses held at Goldschmidt and other conferences see the Goldschmidt 2022 and IAVCEI 2023 pages.

We are pleased to confirm the second alphaMELTS workshop, on the use of alphaMELTS, alphaMELTS for MATLAB, and other MELTS software, for calculation of phase equilibria in igneous systems. This three day workshop is part of an NSF-sponsored series that is being organised by members of the GPS Division at Caltech, and follows a successful two-day workshop held at the University of Maryland, in December 2018 (prior to the AGU Fall meeting in Washington DC). The workshop will be held at Caltech, in Pasadena, CA, July 10th - 12th, 2019. The instructors will be Paul Asimow and Paula Antoshechkina.

The MELTS family of algorithms is widely used by petrologists and geochemists to predict the outcomes of melting and crystallization processes, to compare with experiments or to design experimental campaigns, to assess the energy budgets of igneous processes, to teach the principles of igneous petrology, and more. Here, at Caltech we develop and maintain alphaMELTS, a text-based front end to the rhyolite-MELTS, pMELTS, and pHMELTS models. This short course will briefly introduce the underlying thermodynamics, illustrate the capabilities and potential applications of individual MELTS-type models and give participants first hand experience running MELTS programs and tools. We will focus on the newly rewritten alphaMELTS front-end ('alphaMELTS 2' and the underlying libalphaMELTS library) but will also be demonstrating a variety of interfaces supported by Caltech, OFM-Research, and the ENKI group. These will range from the well-established (e.g. the original MELTS graphical user interface, MELTS for Excel) to the new and cutting edge (e.g. alphaMELTS for MATLAB, and interfaces for Python and R).

In 2012, we were awarded a grant (EAR-1226270) by the Geoinformatics program within the Geosciences division of the U.S. National Science Foundation. This grant funded three years of continued development and user support for alphaMELTS, as well as what was intended to be two workshops. When the first workshop was announced, to be held just before the AGU Fall Meeting in 2014, the response was overwhelming and we quickly exceeded one hundred people registering an interest. We promptly organized additional workshops; in total, we gave four workshops over as many months, reaching a total of 110 scientists. The success of the first series of workshops meant that we were awarded funds for additional workshops in the GeoInformatics grant renewal (EAR-1550934).

Since the first series of workshops, there have been several developments. The rhyolite-MELTS + mixed H2O-CO2 fluid thermodynamic model was published by Ghiorso & Gualda (2015), and we began calibration of a corresponding pMELTS+CO2 model. The alphaMELTS code was rewritten from the bottom up, using the latest code from Mark Ghiorso, and the Windows Subsystem for Linux (available since late 2017) expanded the options for running MELTS on Windows. ENKI a web-based, community-driven, model configuration and testing portal came online and, at Caltech, we have been developing complementary tools to access MELTS from MATLAB, Python and R. The time is ripe for a short course aimed at new and intermediate MELTS users, but also of interest to those who have previously attended an alphaMELTS short course, or one of the workshops we have held at Goldschmdit meetings — see the tentative schedule.

Who is eligible? Any user or prospective user of alphaMELTS or related software, whether for teaching or research. No previous knowledge of MELTS in general, or alphaMELTS in particular, is required. Participants may be of any nationality, and may be working in the United States or any other country, and all levels from students to senior scientists are invited. We will include participants in the order in which they registered an interest, whilst possibly taking into account who may gain the most from the workshop and the flexibility of registrants' schedules.

We will cover most or all of the following topics during the workshop:

Talks describing the models and software will be kept brief to allow more time for first hand experience with the software. Particular features will be higlighted on the platforms for which they are most convenient (e.g. alphaMELTS for trace elements; alphaMELTS for MATLAB for open system behavior). We will try to make time for Q&A to address participants' particular interests. Please feel free to bring examples that you would like us to look at. This could be a calculation that you have attempted that does seem to work or simply a composition (major elements in wt% or grams of oxides; trace elements, optional for alphaMELTS, in ppm) and conditions that you would see calculated.

We will provide a thumb drive (that you can keep) with all the software and sample input files. Some examples, such as MORB crystallization, will be provided for more than one front-end, so that you can see similarities and differences. It is a good idea to have VirtualBox installed so that you can get going with the first day's practical sessions using VM alphaMELTS. Note that it is not necessary to have MATLAB; it is the easiest option but you can use Python as an alternative. We will ask you about your operating system and setup during registration, and send more information about how to install the various MELTS software nearer the time. If you decide to install the software in advance, you can test the installation using the appropriate 'Quick Start using MELTS' tutorial example; otherwise there will be plenty of opportunity during the workshop to install the software of your choice, with help from the organizers.

Paula Antoshechkina (née Smith) is an Associate Research Scientist at Caltech. She is responsible for most of the alphaMELTS front-end, forum and MAGMA website. At the moment she is focused on pMELTS+CO2 and other calibrations, libalphaMELTS and libpHMELTS interfaces, and various projects that fit between the tools available on the ENKI portal and traditional MELTS software.

Paul Asimow is Professor of Geology and Geochemistry at Caltech. He developed pHMELTS and many of the tools since incorporated into alphaMELTS. He has supervised a number of students and postdocs with MELTS-related projects, both to extend and improve the underlying thermodynamic models and to apply the software to real world magmatic processes. He is also involved in shock-wave experiments and theoretical calculations on silicate liquid and minerals. 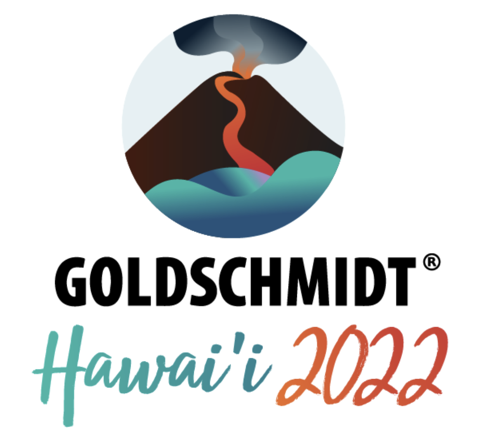